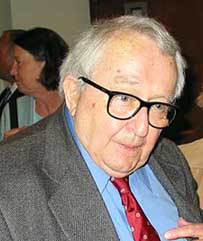 Bucci was born in Vicksburg, Mississippi, in 1922. At twenty-five he had his first solo exhibition by the Mississippi Art Association and won first place in watercolor at the Memphis Biennial. He studied in the 1930’s with artist Marie Hull.

He majored in architectural engineering at Louisiana State University and worked as a meteorologist. While serving in W.W. II, he studied at the Academie Julian in 1945-1946. He received B. F. A. (1951) and M. F. A. (1954) degrees from the Art Institute in Chicago. He also studied illustration at the Parsons School of Design.

Although he has lived in the Washington, D.C., and Maryland area much of his life, he has presented a major body of his work to the Mississippi Museum of Art. His paintings in oil and watercolor have been exhibited in many prestigious institutions, including the Smithsonian. In 2009 he received the Mississippi Governor’s Award for Lifetime Achievement in the Arts. Andrew Bucci died in 2014.