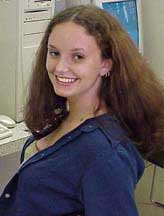 Jerry Butler, a native of  Sunflower, Mississippi, was, and still is, a popular and noted soul artist.  Unlike many other soul singers of the 1960’s, Butler’s career survived the disco days and continues to thrive today.  After thirty five years, Butler is still performing at music festivals and supper clubs.  This talented artist’s career can be described in three significant phases, his beginning, rise to fame, and finally his life in politics.

Jerry Butler, born on December 8, 1936, began his career at the age of eighteen.  With the help of Curtis Mayfield, the Impressions were formed.  This rhythm and blues group started off at the usual places.  They performed at local places such as churches and on the street corners of Chicago in 1958.  However, this low profile work did not last long after Butler penned the song entitled “For Your precious Love.”  Recorded on Veejay Records label, the song was a huge hit and became the groups first single to “go gold.”  Soon afterwards, in 1959 Butler was tagged “The Iceman” by a radio announcer in Philadelphia.  Butler earned the name because of his smooth and effortless style.  The Impressions gave Jerry Butler the beginning he needed to launch a career of his own in the music industry (iMusic and Soul Patrol).

The second part of Butler’s career began in 1960, with his first solo hit titled “He Will Break Your Heart.”  This led to a number of hits for Butler, and even a couple of successful duets.  “I Stand Accused” and “Make It Easy on Yourself” are just a couple of popular songs during that time, all of which were recorded on Veejay Records label.  After moving to Mercury Records in 1966, Butler experienced a second string of songs that became popular.  He recorded two well known albums during this time, “The Iceman Cometh” in 1968 and “Ice on Ice” in 1970, both of which contained songs destined to top the charts.  Butler continued to record and put out hits throughout the 1970’s and the 1980’s.  During this time, Jerry Butler became a well known soul artist.

Presently Butler is working in Chicago as a Commissioner for Cook County.  His jump into politics began in 1985, when he was first elected into a public office.  This career change was inspired by the impact of the Civil Rights Movement.  Currently, the biggest project for the commissioner is a hospital, designed to provide better health care for the underprivileged.  As a commissioner, Butler and others have the large responsibility of planning the annual budget.  In a further pursuit of politics, Butler is currently enrolled as a student at Governor’s State College in University Park, Illinois.  There he is working towards a Master’s degree in Public Administration.  Along with success as a musical artist, Butler has achieved much in the political world (iMusic).

Jerry has made, and still is making, many great accomplishments in both the field of music and politics.  He has proved his superiority as an important figure in music by the continuation of soul from the 1960’s to today.  Butler also proved that he is versatile, in successfully pursuing a political career.  Throughout his life, Jerry Butler has achieved great success and continues to do so at the age of fifty-five.  Jerry Butler is a talented individual with a background of huge musical hits and a promising future in politics.

Jerry Butler has a very distinct and well known sound.  Butler’s nickname, “Iceman,” makes perfect sense after listing to his voice.  It can best be described as smooth and cool.  Butler has a tenor voice that is melodic and sweet sounding.  It is also a throaty sound, but with a fullness that is pleasant and relaxing to hear.  This sound is constant, whether the song be a beautiful ballad or one with a faster tempo; Butler’s voice remains full.  His sound is also very convincing and full of expression,  giving his music a very sophisticated sound.  Although his music is wonderful, it is definitely geared towards people who grew up during the time that he first began recording, the late fifties and into the late seventies.  Butler’s music is categorized as soul music and some of his later music, recorded in the 90’s, might also be called R&B.

Jerry “Iceman” Butler was an A-list soul singer, playing with Curtis Mayfield and Otis Redding. Today, he mulls taxes and health care as the longest-serving member of the Cook County Board of Commissioners by Ted Cox in Chicago Reader
http://www.cookcountyil.gov/jerry-iceman-butler/
Wikipedia entry for Butler
Jerry ‘The Iceman’ Butler “For Your Precious Love” (2007) on YouTube
AllMusic page for Butler