Archibald Elisha Manning III was born May 19, 1949, to Sis and Buddy Manning in Drew, Mississippi (Manning 1).  He grew up in the small town during the 1950’s and 1960’s.  His father Buddy worked at a farm equipment store and earned only $6,000 per year (Manning 2).  His mother was a homemaker.  He had an older sister named Pam.

During his adolescence, Manning played organized sports.  Baseball was his first love, then came football, and last came basketball. (Manning 1).  ” Manning recalls plowing a baseball field in his backyard so that his friends and he could play on a daily basis (Manning 4).  Manning played on the varsity baseball team in the seventh grade at age twelve.  He went on to play six years on varsity, and all of the people in Drew thought that he was going to sign a pro contract with a major league baseball team.  He also started to play pee-wee football in the fifth grade where he played running back (Manning 2). He then began to play football in high school where he discovered that he wasn’t gifted enough to play running back.

As a sophomore, Manning started at quarterback off and on with a career marred with many injuries.  His senior year of high school he was offered football scholarships to Tulane University, Ole Miss, and Mississippi State University, but he was also drafted to the major leagues out of high school (Manning 1).  He had to make a tough decision, but he wouldn’t let baseball get in the way of an education.  Manning chose to go to the University of Mississippi (Ole Miss) on an athletic scholarship in Oxford, Mississippi. (Manning 2).  He signed with the school in December of 1966 before he graduated from high school in May of 1967 (Manning 3).

When he had got to Ole Miss in college, Manning played on the freshman squad all year long.  Then the following spring he was named starting quarterback by his coach, Johnny Vaught (Manning 1).  Tragedy struck when, in the summer before his sophomore year, his father committed suicide while the rest of the family was attending a wedding.  For some reason, Archie decided to come home after the wedding and not attend the reception with his mother and sister (Manning 4).  He decided to go to his father’s room as soon as he got in the house where he discovered his father lying  in a pool of blood.  After this incident Archie decided to stay home and get a job so that he could take care of his family, but his mother made him go back to school to finish his education (Manning 3).  Manning went back to Ole Miss and quarterbacked his team to a Sugar Bowl berth.  During his junior and senior seasons in college, he earned All American first team and Ap/UPI All American.  During his junior season, he met his future wife Olivia Williams from Philadelphia, Mississippi.

In April of 1971, Manning was drafted by the New Orleans Saints as the second pick in the draft (Manning 3). He played with the Saints for eleven years.  He endured many coaching and personnel changes during his long stay in New Orleans (Manning 1).  In 1974 Archie and Olivia had their first son, Cooper Manning.  Then came Peyton Manning (1976) and last came Eli Manning (1981). (Both Peyton and Eli have become star NFL football players).   In 1978 Archie Manning was named the NFL Most Valuable Player. Amazingly, he was also a pro bowler for two seasons.  After being traded to the Houston Oilers and playing there for one year, he finished his career with the Minnesota Vikings after being forced to retire because of a thyroid disease in 1985 (Manning 4).

Since retiring from football, Manning has worked for Morgan Keegan brokerage and has done radio broadcasts for the Saints (Manning 3).  Today Archie broadcasts for several companies and does public radio (PR) (Manning 4).  Archie and his wife Olivia reside in New Orleans, Louisiana. Archie Manning is currently a spokesman and consultant for a number of major companies.  And, he and his wife follow their sons Peyton and Eli as they play pro-football!  Both of Peyton and Eli have been Super Bowl MVP’s.

Review of Manning: A Father, His Sons, and A Football Legacy 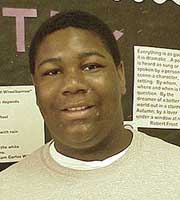 Manning, A Father, His Sons, and A Football Legacy is an interesting and heart-moving autobiography co-written by John Underwood and Archie and Peyton Manning.  Archie, who tells his life story in rural Mississippi first hand, is the primary author of the book.  He lets you know everything in depth as though you are one-on-one with him guiding you through the entire book.  Even though this is his first book he has written, he has written a good book.  The book is filled with sports excitement that is good for a sports enthusiast.

Manning A Father, His Sons and A Football Legacy is about the life and struggles of Archie Manning. He talks about how he grew up in a small rural town called Drew, Mississippi, and how life was in college at Ole Miss.  He also lets you know about his struggling with his father’s death, going on to be a star football player in college, and his making it to the NFL.  The climax will leave the reader stunned and shocked.

Archie has a natural style.  He goes back and forth from event to event and keeps the reader guessing as to what is coming.  Archie Manning tells it as he knows the story best.

I enjoyed the book because I am an avid football fan, and I just like reading success stories.  The main thing that I like about Archie is that he doesn’t hold anything back from the reader.  He goes through every single detail so that while you are reading the book you won’t get bored.

The settings for this story are Drew, Mississippi; Oxford, Mississippi; New Orleans, Louisiana; Houston, Texas; and Minneapolis, Minnesota; but the main setting is Drew where Archie was born. Manning shows how it was difficult for his family and him to live on the $6,000 that his father made working at the farm machinery store that his father ran.

Between pages 184-185 there are some photographs of Archie and members of his family that begin with his dad Buddy and end with his middle son, Peyton.

Manning writes about how his NFL career had been so promising at first as a Saint and ended so abruptly as a Viking. Throughout the book he talks about all the people he met during his life.  These are coaches, owners, and players.  At one point, he becomes obsessed with football, and his parents asked him to quit.

I think this is a wonderful book.  However, if you don’t follow football or sports figures, this book might not excite you.  I really recommend it.  Also, Manning talks about the lives of his sons and how they grew as little boys and how they are now excelling at what they are doing now.

For all the sports enthusiasts,  this book is a gotta-read.  Manning’s story lets you know how things were back then and how they are in present day.