Bobby B. DeLaughter, Never Too Late: A Prosecutor’s Story of Justice in the Medgar Evers Case, June 4, 2002

Biography of Bobby B. DeLaughter

In Vicksburg, Mississippi, on February 28, 1954, Bobby Burt DeLaughter was born to Barney Roy DeLaughter and Billie Newman (Burt) DeLaughter.  Bobby’s father Barney Roy was a commercial artist who worked for a newspaper.  The family (mother, father, Bobby, and younger brother Mike)  moved to Jackson when Bobby was very young, and DeLaughter  grew up being part of south Jackson’s white middle class (Morris 6).  Like any other child his age, DeLaughter was mostly interested in sports, school, family and church (Vollers 8).  He was only nine on June 12, 1963, when Medgar Evers was killed, and, although DeLaughter was unaware of who Evers was, this crime would later change his life forever (Dorman 3).

In 1969, DeLaughter, with his family,  moved to Natchez for a year. They then returned to Jackson, where he attended Wingfield High School.  DeLaughter was very active and popular at WHS, where he played varsity football and basketball, joined a high school fraternity, was sports editor of the yearbook and  president of the student body.  He was also elected “Mr. Wingfield” by his classmates (Vollers 8). When integration of the public schools began, he was a sophomore in high school (Morris 6). DeLaughter was first exposed to law when his ninth-grade civics teacher took the class to watch an actual trial at the Hinds County courthouse (Vollers 8).  Thereafter DeLaughter never considered doing anything with his life other than practicing law (Vollers 8).

DeLaughter attended law school at the University of Mississippi, commonly known as Ole Miss.  During the summer of 1973, DeLaughter met Dixie Claire Townsend.  They married on November 16, 1973 (Who’s Who 9), and, their first child, Bobby Burt, was born on December 5, 1978. Before graduating from law school in 1977, DeLaughter was given the opportunity to work on legal research for Alvin Binder (Vollers 8).  DeLaughter’s father-in-law, Russell Moore, who was serving as a judge at the time, recommended him for the position.  In 1977 DeLaughter was admitted to the Mississippi Bar Association.  While working for Binder, DeLaughter and Bill Kirksey became partners.  In 1983, they left Binder’s firm and started their own practice, Kirksey & DeLaughter. (Vollers 8).    DeLaughter is also a graduate of the FBI’s National Law Institute and has served as lawyer-in-residence at the Pepperdine University Law School (DeLaughter 2).

DeLaughter worked as a criminal and civil defense lawyer for nearly ten years (Dorman 3), but by 1986, DeLaughter wanted to leave the private practice and decided to inquire about working as a prosecuting attorney.  In pursuit of this interest, he went to the district attorney’s office and met with Ed Peters (Vollers 8)  In 1987 DeLaughter began working as a prosecutor under Ed Peters and began investigating the Evers case in 1989.  Due to their opposing views on the Evers case and DeLaughter’s commitment to the case, Dixie and Bobby DeLaughter’s marriage became strained (Morris 6).  After seventeen years of marriage, they divorced on April 15, 1991, and DeLaughter gained custody of their three children, Burt, Claire, and Drew (DeLaughter 2).

Later DeLaughter met a nurse, Peggy Lloyd, whom he married.  Peggy was also divorced with  three sons, Jared, Joel, and JJ. She stood beside him in June of 2002 when Judge DeLaughter took the oath of office for Hinds County Circuit Judge, replacing the retiring Judge Hilburn.

In January of 1994, the case against Byron De La Beckwith, the alleged murderer of Medgar Evers, a NAACP activist in the early 1960’s, was brought to trial for a third time.  DeLaughter’s successful prosecution of the case inspired him to write the book Never Too Late: A Prosecutor’s Story of Justice in the Medgar Evers Case, which was published in 2001.  The book won the non-fiction award of the Mississippi Institute of Arts and Letters. His brilliant closing argument in the Evers case is included in the volume Ladies and Gentleman of the Jury: Greatest Closing Arguments in Modern Law (DeLaughter 2). The movie Ghosts of Mississippi is based on this case.

DeLaughter served for a time as president of the Mississippi Prosecutor’s Association.

Bobby DeLaughter’s career as a lawyer came to an end in 2009 with a federal conviction of obstruction of justice.  He and his wife Peggy moved to New Orleans after he emerged from prison in 2010 (after spending almost a year in prison).  Clarion-Ledger writer Jerry Mitchell explains the situation in an online article called DeLaughter finds ‘forgiving place.’  In 2014 DeLaughter  released a novel inspired in part by his experiences  entitled  Inside The Labyrinth: A Bo Landry Thriller.

A Review of Never Too Late

Never Too Late: A Prosecutor’s Story of Justice in the Medgar Evers Case is an intriguing work by Bobby DeLaughter.  DeLaughter takes the reader back in time and provides accurate information on the Medgar Evers’ case starting in the early 1960’s and continuing through the early 1990’s. He keeps the reader interested by presenting details that only the prosecutor in this case would know.

Never Too Late: A Prosecutor’s Story of Justice in the Medgar Evers Case is the true story about the resurrection of a thirty-year-old case of the assassination of a Mississippi NAACP activist, Medgar Evers.  The book begins with Evers’ wife Myrlie’s request for the re-prosecution of Byron De La Beckwith, the alleged murderer.  DeLaughter decides to take on this challenge and brings the case back to life.  The book  guides the reader step by step through his quest to bring Beckwith to justice and maintains the interest of the reader with minute details and new information on every page.

I liked the book very much because, unlike the movie, Ghosts of Mississippi, you as the reader are among the lawyers, detectives, and witnesses and are part of the effort to bring the case to justice.  Another reviewer of the book, Lynn Hamilton, has stated, “What the movie lacks is the gritty detail supplied by DeLaughter himself.”  DeLaughter provides enormous amounts of detail so that the reader is fully informed.  You feel like you have gone back in time and are a witness to a part of Mississippi history.

The setting is Jackson, Mississippi, and DeLaughter expertly describes how racism was a major part of life in Mississippi in the 1960’s through the 1990’s.  He describes each feature of Mississippi and the personalities of each character. Although racial prejudice was strong, his success demonstrates that justice can prevail.

This book takes the reader on a journey through time and provides vivid descriptions of life when the struggle for racial equality was at a height.  I highly recommend reading Never Too Late: A Prosecutor’s Story of Justice in the Medgar Evers Case.  It does contain some racial slurs and profanity, due to the factual matter involved.  However, if  you want to fully understand the significance of this trial and learn all about the behind the scenes information, read it!  You will achieve a better understanding of the racial problems that were a part of Mississippi’s past as well as its present.

An E-mail Interview with Bobby DeLaughter 2001 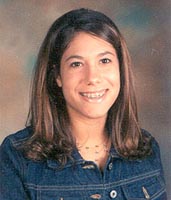 How successful has your book, Never Too Late: A Prosecutor’s Story of Justice in the Medgar Evers Case, been?

The response has been all positive, but I really don’t know about the sales.  The publisher provides that info every six months.  Since the book came out in January, I should hear something in the near future.

How did it feel to be constantly harassed with threatening letters and phone calls during your work on the case?

Are you interested in writing another book about your work as a prosecuting attorney?

I enjoyed writing the book and if something comes up that I feel really passionate about, I’ll write another, but my work on the bench keeps me quite busy and comes first.

What do you enjoy doing in your spare time?

Reading, working around the yard, and when time permits,  horseback-riding.

What would be your inspiration for writing Never Too Late:  A Prosecutor’s Story of Justice in the Medgar Evers Case?

How long did it take you to write your book?

Do you ever feel that your life is without any privacy because of your fame after winning the Medgar Evers Case?

Not really.  People, for most part, are respectful of my privacy at home and otherwise away from the courthouse.

Are you involved in any big cases right in Jackson right now?

No, and at least for the time being I’m thoroughly enjoying the mundane.  I’ve had enough excitement and high profile cases to last a lifetime.