Neely Tucker was born on November 26, 1963, in a small town in Holmes County, Mississippi, called Lexington.  His parents are Elizabeth “Betty” Tucker and  Duane Tucker,  a local assistant county agent of the Cooperative Extension Service which helps farmers with crop and livestock problems.  He has one brother Duane, Jr., who is nicknamed Shane (Tucker 10, 11). The family moved to a farm outside of Starkville, Mississippi, and Neely was enrolled in Starkville Academy, a private school in Starkville (Tucker 13).  While there, Tucker wrote for the school newspaper and played high school football . Ironically, writing wasn’t his focus.  Instead, football was the center of his attention. He graduated from the Academy in 1982 and enrolled at Mississippi State University in Starkville.   While still a student at MSU, Tucker spoke with Mississippi writer Willie Morris, whose words of advice about writing and traveling, along with the University of Mississippi Professor Tommy Miller’s support, led Tucker to leave MSU and apply to the University of Mississippi (Tucker interview).  Tucker attended “Ole Miss” on a scholarship and was selected the most outstanding journalism student at graduation in 1986 (Tucker 15).

While attending  the University of Mississippi, Tucker began working for a newspaper named the Oxford Eagle, the smallest daily newspaper in Mississippi.   Tucker garnered all regional awards for which he was eligible with his articles in the Eagle. His career quickly took off after graduation from “Ole Miss.”  During the next three years, he worked for Florida Today,  Gannett’s national wire service, and  the Miami Herald.  Finally,  he got a job at the Detroit Free Press (Tucker 15) where he became a foreign correspondent.

In  Detroit, one of Tucker’s co-workers, Vita Gasaway, moved in next door. Gasaway’s family was also from the South, originally Alabama, but Vita herself had grown up in Detroit. She was a widow eleven years older than Tucker and African-American. Despite their differences, this unlikely pair fell in love (Tucker 16-17). Tucker was assigned as the Free Press‘s foreign correspondent in Europe and was based in Polandin 1993. Vita and Neely were married at his home in Poland in September 1994 (Tucker 21)

Tucker’s next posting as a foreign correspondent was in Harare, Zimbabwe, where he was assigned to work as the Free Press‘s sub-Saharan correspondent in 1997. It was here that Tucker and his wife visited the Chinyaradzo Children’s Home where there were many sick children (many suffering from AIDS) and found little Chipo, the girl that they would fight for several years to adopt (MacDonald). These struggles for adoption rights for Chipo are detailed in Tucker’s first book, a memoir entitled Love in the Driest Season

In 2000, Tucker, Vita, and Chipo returned to the United States because of dangerous political conditions developing in Zimbabwe.  Vita, inspired by the condition of the orphans she saw in Zimbabwe,  works for World Vision US, an organization dedicated to helping the needy around the world, specializing in children’s issues (Amber 160).  Tucker gave up his job as a foreign correspondent because he was now a father and took a job at the Washington Post, where he works “off the Metro desk.” He returned to Starkville to write Love in the Driest Season: A Family Memoir, which was published in 2004 and  was named one of the Best 25 Books of the Year by Publishers Weekly.  Since the publication of the memoir, Tucker has divorced Vita. Neely Tucker with his mother Betty Tucker at the Starkville Public Library, Nov. 12, 2015

Tucker has now written two novels.  His second novel, The Ways of the Dead, is a mystery published in 2014.  It feature D.C. reporter Sully Carter, who  covers the murder of  the teenage daughter of a prominent Washington federal judge. It is set in 1999 and is loosely based on the Princeton Place murders that actually occurred in Washington at the time.  In June of 2015, Viking published  Murder, D.C. , another mystery in which Sully Carter, the reporter, covers the murder of an influential African-American family’s son.  He has finished writing his third novel, another Sully Carter story, with the working title Only the Hunted Run.

Tucker lives in Maryland and continues to write as a journalist for the Washington Post.  He now, in addition to Chipo,  has twins born in 2010. His second wife, Carol, is a native of Manchester Parish, Jamaica, and Chipo, his oldest daughter, is from Zimbabwe. The five-year-old twins (2015), Drew and Paige, are half Mississippian and half Jamaican. The family also has a Rottweiler appropriately named Sully.

Review of Love in the Driest Season 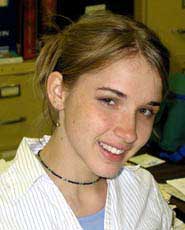 Love in the Driest Season is a fascinating autobiographical work by Neely Tucker that the author himself describes as a “family memoir.” After meeting and marrying in Poland his Detroit neighbor, a black woman named Vita who is eleven years older than he, the two move to Zimbabwe where they fall in love with a little girl named Chipo in one of the many orphanages in Zimbabwe. The book largely deals with their persistent attempts and finally their success in adopting Chipo.

From the beginning, Tucker’s writing style makes the reader feel like a close family friend. His candid description of his childhood in Mississippi, his parents’ struggle with their Southern racism, his work, and the emotions that he and Vita experience during their struggle for Chipo draws the reader into the inner circle of Tucker family life. His frustration, anger, fear, grief, and joy experienced on the journey to adopt Chipo are described vividly and each emotion is felt by the reader as well. 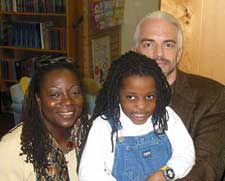 Set primarily in Zimbabwe, his first-hand experience lends verisimilitude to the setting in all of its natural beauty and extreme poverty. Tucker also takes the reader along on his job to other foreign countries, allowing a fascinating glimpse of the dangers of a foreign correspondent’s job.

Tucker’s intrepid and honest exploration of racism in Mississippi and even Harare may be troubling to some readers as it includes blunt language to illustrate the conditions in the South and Zimbabwe.   Also, violence, which has been a major part of Tucker’s life is described in some detail in the book. However,  both subjects only add to the book’s intensity.

I loved Love in the Driest Season. I found myself completely absorbed in the Tuckers’ lives. I fell in love with Chipo and felt like a close confidante of the family. I would recommend this book to everyone.  Its messages of hope and persevering love are both inspiring and enjoyable reading. What is involved with a job as a foreign correspondent?

It really depends on your assignment. If you’re assigned to one country, speaking the language is important. You should be somewhat of an expert on the political and social issues of the country in the last twenty or so years. If you’re assigned to an area or multiple countries, like I was, language is still important, but the main thing is command of logistics. This includes being able to handle visas, customs, money changing, things like that. Also, having contacts in many countries is important, so that you can know someone no matter where the story is. You also have to be good at setting up your own operation out of a hotel room. You also need a local fixer, which is someone who helps make phone calls, and might also function as your translator. You need a driver, not just to be chauffeured around, but because roads can change day to day. You need someone who knows the area well and can maneuver things like that. Obviously,  for either type, you need to be able to write clearly and fast. You also need to have poise in chaotic and potentially dangerous conditions.

How many countries have you been in?

Around fifty countries and territories. By territories I mean divisions that aren’t necessarily their own nation, but require crossing just the same. Excluding territories, probably around forty countries.

What was your reaction to being a character in Elmore Leonard’s Cuba Libre?

Actually I thought it was funny. It was my fifteen minutes of fame. I got cards and phone calls from friends and family talking about it. People still talk about it a lot. I didn’t know about it until Elmore Leonard sent me an autographed copy when it was published and there was a character named Neely Tucker in there.

What are your feelings toward Zimbabwe after all that happened while fighting for Chipo? It was sad, but I still love Zimbabwe. We would have stayed there, but due to the current policies of the president in Zimbabwe, we had to leave. I’m very sorry for the conditions there. We wish we could visit or even stay there again.

What was your motivation for writing Love in the Driest Season? It was meant to be a gift for my daughter to always have. Really, that’s the end of my rationale for writing this book. I always wanted Chipo to have her story, not now or even ten years from now, but twenty or thirty years from now. And I love to write, so I wrote her story down. Also, I wanted to bring attention to the AIDS crisis in Africa, not to mention I just love to write.

What was your reaction to all the  publicity about the book?

I was very gratified. I wrote this book by myself, and it was a very lonely process. You begin to wonder if anyone will even bother to notice it, so it’s heartening. I felt better after seeing the reaction to the book. I’m really glad that it struck a chord with so many people.

When did you begin working for the Washington Post?

February 2000, after we left Zimbabwe.

What is your current job?

I work off the Metro desk.

Do you have any current book projects?

I’ve got a couple of things. One is fiction, the other is non-fiction. But I’m still busy with my job and speaking about the book, although the book tour is over. There’s also a possibility of film interest in the book, so I’m writing notes to film producers. So I really haven’t had time to officially start.

Do you have any advice for students?

Read anything you’re interested in and write as much as you can. Your writing doesn’t have to be classic, high-brow stuff. Writing is storytelling. It’s funny seeing myself described in publicity because I see myself as just a storyteller who happens to work for a newspaper. Writing is a muscle;  you’ve got to do it to get better. It’s like running a marathon. If you’re going to run a marathon, you’re going to run a lot to prepare. That’s what writing takes. Loving literature and reading it is very different from actually writing. Reading will help you create ideas, and hone your creativity. Oh, and writing a lot will teach you discipline and help you to develop your own voice. I also think it’s a good idea to travel as much as possible!