Neil McGaughey (pronounce McGoy) was born at King’s Daughters Hospital in Natchez, Mississippi, on October 3, 1951.  At birth he was placed in the Mississippi Children’s Home Society.  When he was six weeks old, McGaughey was adopted by Noel and Lola McGaughey. (McGaughey interview 1).  McGaughey, who died on September 22, 1999, at  forty-seven, did  not know who his biological parents were (although he tried twice to discover his birth parents’ identity)(Pettus 3F).  The cause of McGaughey’s death, Peyronies’s disease (a disease which collapses capillaries)  may have been inherited from his birth parents.

At the time of his death, McGaughey lived with his adoptive parents in Prentiss, Mississippi, although he had lived for a time in Florida. (McGaughey 1). He came home to be with his eighty-one year old father, who suffered a stroke that paralyzed  his left side (Pettus 3F) before his death.

Neil McGaughey was an established author and, according to Gary Pettus of the Clarion-Ledger,  “ a gracious book reviewer”  who reviewed over 300 books, but who would never review a book he didn’t like because he believed that “The idea is to make people want to read.  If you write a bad review, they won’t buy books.”  He was a reviewer for the Clarion-Ledger in the mid-80’s, reviewing especially mystery novels.  In 1993, Scribner’s called to say they would publish his first novel called Otherwise  Known as Murder.  Later he wrote And Then There Were Ten, The Best Money Murder Can Buy, and A Corpse By Any Other Name.  All four novels had a character named Stokes Moran, the pen name for Kyle Malachi.  Moran was killed in the fourth novel.

McGaughey, at the time of his death, was working on a new mystery series set in  Natchez-Under-the-Hill, on the banks of the Mississippi River near his  hometown.

McGaughey  received two awards:  the Chair Award and the Edgar Committee for Critical or Biographical Work.  In addition, McGaughey was a member of Mystery Writers of America (Shirly 32).

The Best Money Murder Can Buy: An analysis of McGaughey’s Novel 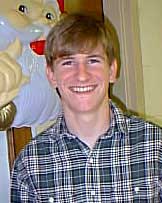 In the mystery novel, The Best Money Murder Can Buy, written by Neil McGaughey, the author writes about a middle-aged man who loses his newfound, identical twin brother to a brutal murder. The main character,  Kyle Malachi (a mystery book reviewer like McGaughey),  finds his twin brother, Derek Winslow, poisoned in a hotel bathroom.  Kyle uses the pen name Stokes Moran, and this character appears in all of McGaughey’s novels..Without knowing much more than his brother’s name, Kyle intends to solve his brother’s murder. Kyle Malachi, in The Best Money Murder Can Buy,  discovers that family, in any circumstance, is the most important facet of a person’s life.

A Corpse by Any Other Name

Kyle’s motivation takes him through many ordeals so that he can find Derek’s killer.  Supported by his wife Lee, Kyle disguises himself as Derek and travels halfway across the country to Kentucky.  Posing as Derek, Kyle finds himself in his brother’s apartment.  His identity is quickly revealed by his brother’s gay lover.  After telling Derek’s lover what had really happened to Derek, Lowell decides to join up with Kyle to solve the murder.  After intense research, it is revealed that Derek (and Kyle) is heir to a billion-dollar company. They continue to find information on his family’s “missing” relatives.  After many meetings the murderer is revealed. Mentally and physically worn out, Kyle winds up inheriting over a billion dollars, but responds that, “none of that matters right now…I’m just glad to be home” (239).

According to one Publisher’s Weekly critic, “McGaughey is a reviewer of mysteries who—as this clever, literate puzzler shows—has made a successful transition to writing them.”  I would recommend this novel to anyone who enjoys reading.  The novel kept me in suspense throughout the entire reading.  The quick-to-the-point and easy writing style of McGaughey made reading his book very enjoyable.